A YACHTSMAN'S COMPANY
OLD SOLDIER was founded in 2013 on the South Shore of Long Island, New York. We draw influence from New York's maritime history and surrounding waterways to produce genuine nautical clothing and accessories. Special attention is paid to the design of each of our products to ensure that it reflects the integrity and authenticity from which it was inspired. All products are designed by us here on the Great South Bay and printed/embroidered locally. 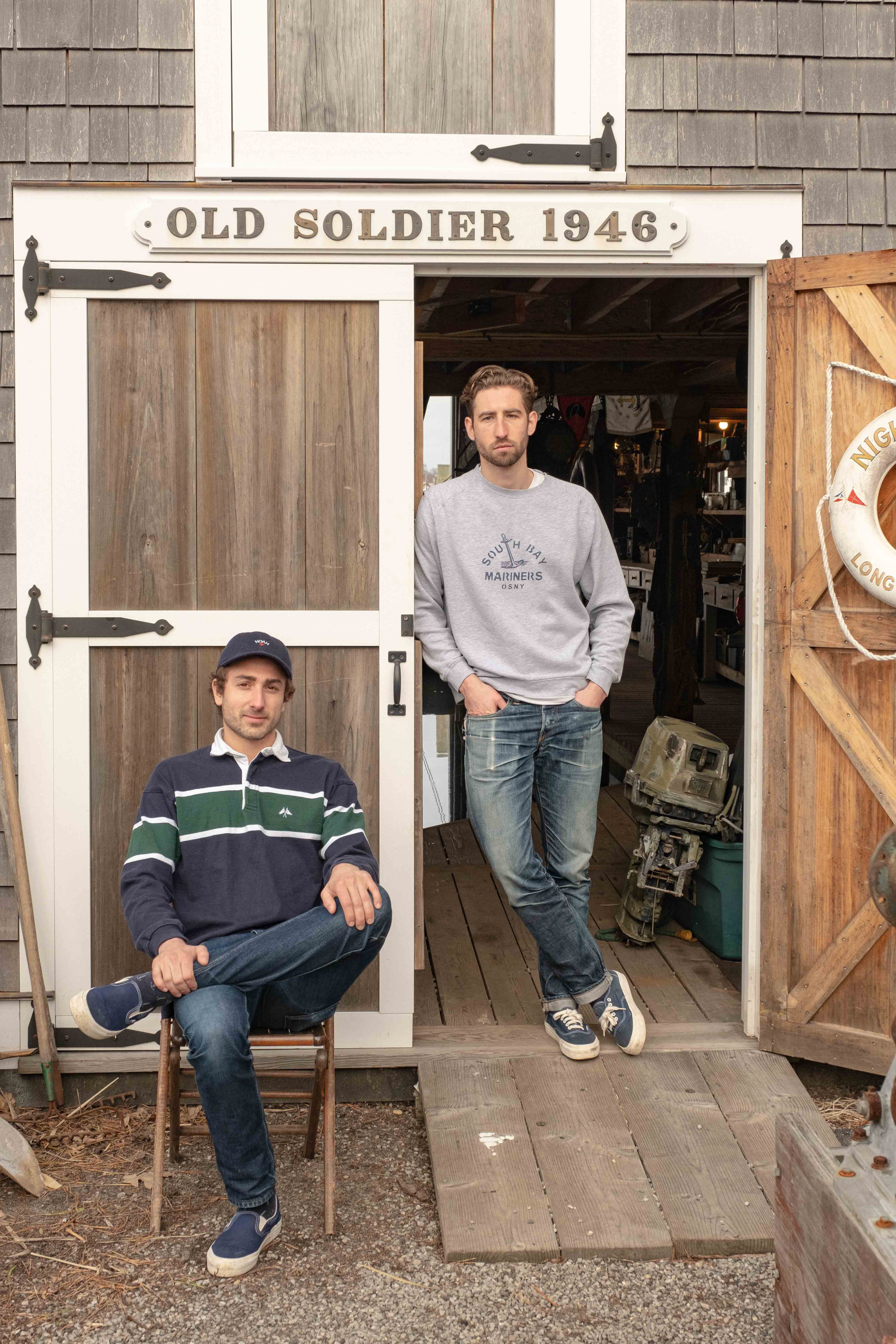 HISTORY
The name OLD SOLDIER comes from my father's 'Playboat,' a type of commuter yacht built in Morris Heights, New York in 1946 by the Consolidated Shipbuilding Corporation. As she undergoes a complete restoration, OLD SOLDIER and her history have become a continuous beacon of inspiration for the brand. Consolidated advertisement for their Playboat model - 1937

CONSOLIDATED SHIPBUILDING CORPORATION
Consolidated Shipbuilding was a prestigious builder of custom yachts founded in 1896 on the Harlem River in Morris Heights, New York. Initially titled the Gas Engine and Power Company & Charles L. Seabury Company after the merger of the two, the name was later shortened to Consolidated Shipbuilding in 1919. After World War II the company moved to City Island, New York where it continued to operate until 1958.